Mustang loves it when a client embraces the potential for fun in their marketing, and ATRA was as game as anyone when it came to developing a new ad campaign for their stellar transmission services. Playing up a tough-guy, Sopranos-like visual, Mustang not only had fun with the concept, but with the creation. Here’s a secret: not everyone pictured in the ad was photographed at the same time. Another secret? Some of them were wearing entirely different clothes. It was this kind of design expertise that landed us a 2014 GDUSA award. 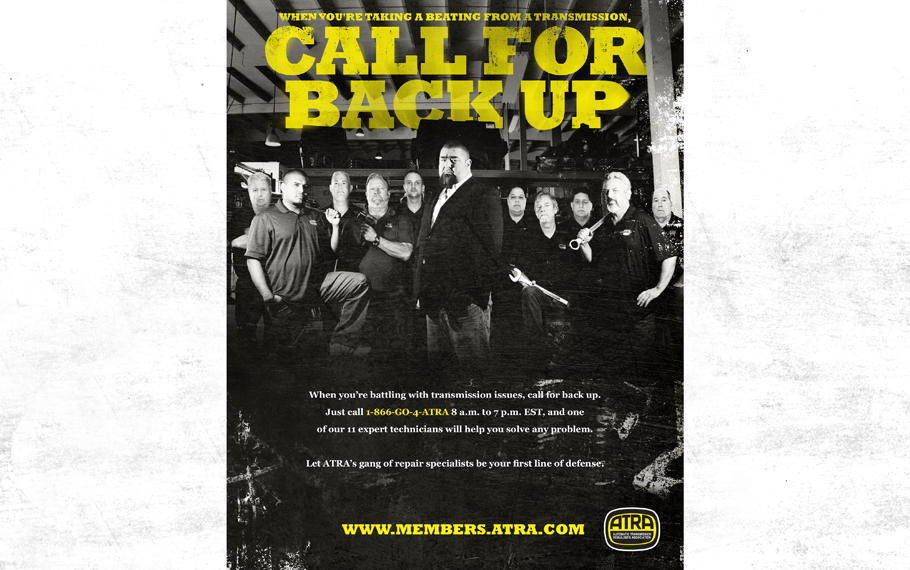